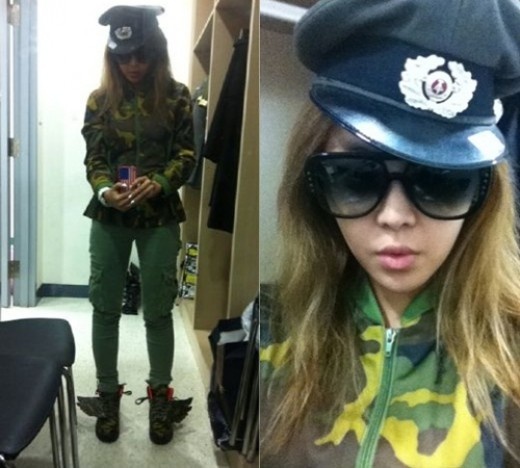 Narsha Dresses Down in a Uniform

Narsha of Brown Eyed Girls dressed down in a uniform and showed off her charisma.

In early dawn of October 1, Narsha tweeted “Raise your hands. If you move, I’ll shoot” along with two photos.

In the photos, Narsha sports an officer hat and sunglasses while being in a uniform. Exuding the aura of a woman combat soldier, Narsha’s shoes with wings attached were the most insightful.

Netizens who came across the pictures left comments such as “You can feel the charisma from Narsha,” “I’m really anticipating the performance for Sixth Sense,” “If you run into her, she just might finish you off,” and “She looks amazing.”

Brown Eyed Girls
Narsha
How does this article make you feel?