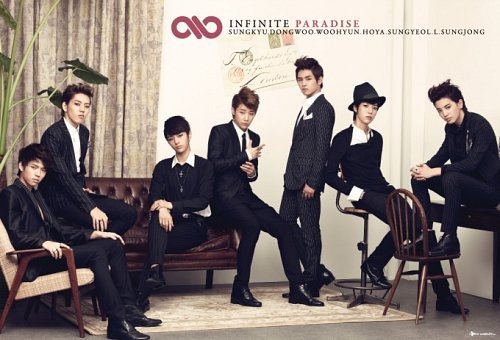 Infinite Talks About Moving to Their New Dorm

While Infinite has recently moved dorms, they show no lingering feelings for the house they had lived in for three years.

Infinite has constantly showed their desire to change dorms with every upcoming album release to their company. The reason for it? Because of its poor environment. Member Woohyun recently spoke out about their past dorm through his guest appearance on the SBS show “Strong Heart” and said, “It was a house that our CEO used to live in. When it rained, the water would leak inside as the wallpapers would peel off and the concrete would tear apart also.” They also had only one bathroom. With problems continuing to pile up, they really needed a change in housing.

With the promise of their CEO, they were told they’d switch dorms if they placed in the top ranking for music programs prior to their debut. The first offer was top 10. And after many attempts, Infinite was finally able to land 9th with “Nothing’s Over.” However, the expectations of their CEO rose in suggesting being in the top 3 instead. Without any complaints, Infinite hurriedly rose to the top with “Be Mine” and finally placed 1st.

Infinite finally moved dorms on September 25 in a high-rise apartment. While in their waiting room of KBS “Music Bank” on September 30 and they seemed excited at the mention of their new dorm. According to the members, the dorm has 3 bedrooms and 2 bathrooms. Sunggyu and Woohyun share a room while Hoya and Sungjong share a small bedroom as well, leaving Dongwoo, L, and Sungyeol to use the big bedroom along with their manager.

“Everything is good. Comparing this to our old one is just speaking ill of it. The walls are padded well so that we can listen to music and practice as much as we want.” (Woohyun)

“In order to maintain the cleanliness of our room, we decided that whatever is on the floor, we throw away.” (Sungyeol)

“Before, we didn’t have a closet in our dorm but now, we have a walk-in closet so it’s easier to organize our clothes.” (Dongwoo)

Although it’s been a week since Infinite moved dorms, they revealed that they haven’t unpacked everything yet. Due to packed schedules, they’re organizing things bit by bit. Hoya said, “We finally got the outline of how the dorm will be, but we have a lot to organize.” Sungjong also added, “If you come out of our new dorm, you can see our old one. It drills the will of never going back there again.”

According to Infinite, their CEO had gone back to their old dorm. Sunggyu said, “Although we lived in our dorm for 3 years, we have no lingering on going back. No attachment whatsoever. I never want to go back. And although we moved dorms, we have a lot of things to change like our car. There’s still a long way to go.”

Meanwhile, Infinite recently released a repackaged album of their first official album “Over the Top.” Now with their title song “Paradise,” Infinite is sweeping 1st on various music sites and ranking 1st on search engines of portal sites. They even rose to the top on Olleh Music’s social chart and have claimed the title of being the “trending idols.”