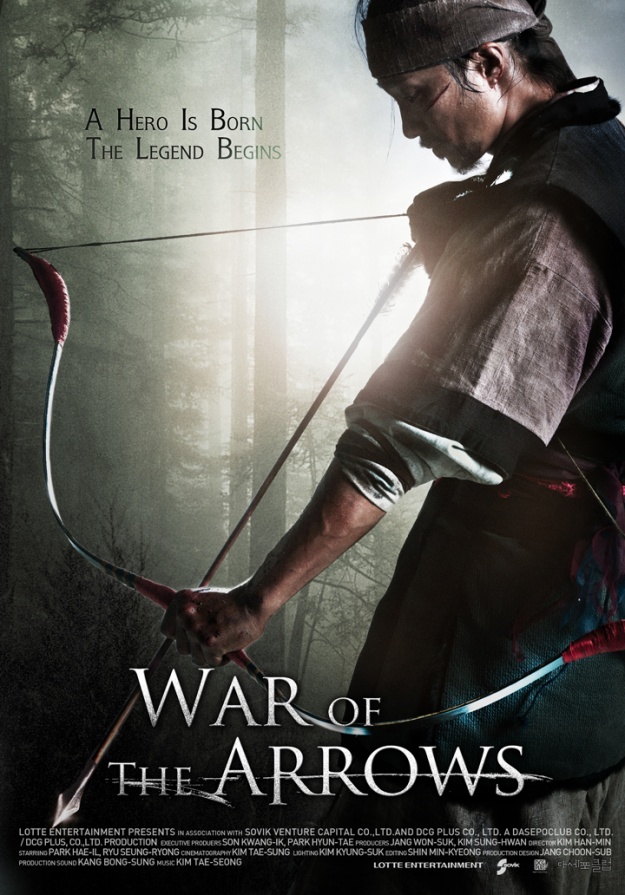 "War of the Arrows" Opens in Theaters in North America

Do you remember actor Park Hae II as Park Nam il in the 2006 hit movie “The Host? How about his appearance in the 2010 thriller “The Moss”? Well, CJ Entertainment America is bringing the thirty-something- year-old actor back with one of the most popular Korean movies to hit the western world! Historical gem “War Of The Arrows” shoots its way into theaters all across North America on October 7 following the movie’s premiere in Los Angeles California on September 30.

What is this particular production all about? The next smash hit since Won Bin’s 2010 “Man From Nowhere” sensation marks the peak of its tagline “A Hero Is Born The Legend Begins”. Character Nam Yi (played by Park Hae II) uses an unusually effective arrow in war. The “velocity, force and range is superior” in Nam Yi’s special arrow that is one-third a regular arrow. His ambush ready arrow is ideal because it confuses the enemy who wants to pinpoint the shooter’s location. Jyu Shin Ta’s arrow, on the other hand, is twenty- four times heavy than a regular one. It has the ability to destroy intended targets with one shot.

The plot, scenes and images in this film will keep you on the edge of seat. Which arrow is more effective in battle and who will be left standing in the end? Nam Yi will do everything in his power to protect his sister, but will it be enough?

“War Of The Arrows” held 7 million viewers’ attention for six straight weeks and now the “Park Hae II Effect” is crossing the ocean to win over women’s hearts in America as well.

On October 7 “War Of The Arrows” will open at:

The movie opens on October 14 at the following locations:

The Host
War of the arrows
Won Bin
How does this article make you feel?