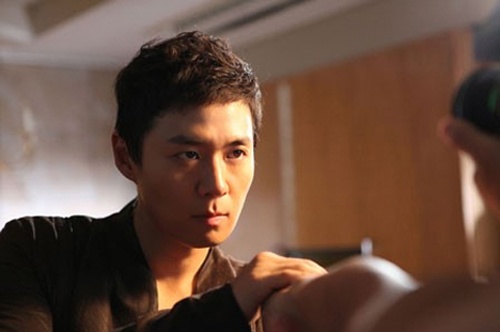 According to AGB Nielsen Media Research, the episode’s broadcast at 11PM on Oct 2 earned ratings of 1.42% (among households with cable TV), reaching ratings as high as 2.05%, topping ratings among other cable TV programs of the same time slot.

In the first episode of “Vampire Prosecutor,” a young girl in an orphanage was found dead while she was waiting for her adoption. Bite marks on her bleeding neck suggest the possibility of her being killed by a vampire, as investigations into the murder began. Vampire prosecutor Min Tae Yeon (Yeon Jung Hoon) gets to work on the case, finding clues with his special “psycho-mentary” ability, which enables him to visualize the murder scene from the victim’s point of view after tasting the blood of the victim.

As the truth unfolded, the tension of the drama is heightened also by the dynamic camerawork and stylish visuals of director Kim Tae Sung (Bow, The Ultimate Weapon, 2011). One of the scenes most praised among viewers were the car chase and explosion scenes defining Prosecutor Min Tae Yeon’s transformation into a vampire.

Also well-received were the on-screen pairing of Yeon Jung Hoon with Lee Young Ah, who is Yoo Jung In, the female prosecutor always at (loving) odds with Min Tae Yeon, as well as the presence of veteran actors such as Lee Won Jong, who takes on the role as the muddle-headed crime squad detective Hwang Soon Bum.

Comments from viewers include “Vampire Prosecutor is a hit! The screen effects and acting skills are fantastic,” “This is a shocking and fresh drama never been seen before in Korea,” “I’m going to look forward to every Sunday night from now on,” “This is a re-discovery of Yeon Jung Hoon. He has transformed into the perfect Korean vampire ever.”