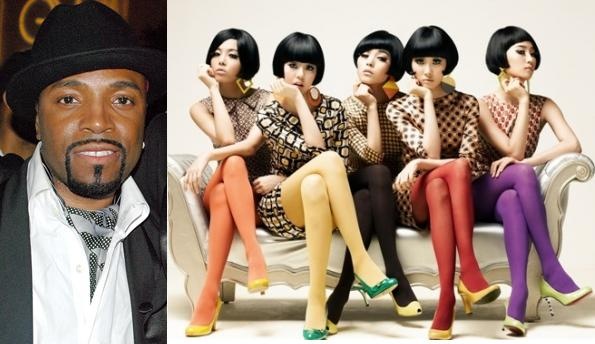 Famous American producer, Teddy Riley retweeted a comment calling girl group Wonder Girls a “failed group” on his Twitter. As a result, he has been receiving many complaints and objections.

It all started on October 1, when someone asked Teddy Riley about the rumor of SNSD’s new album, “The Boys” hitting the American market and expressing his/her doubts of an Asian group not meeting the favors of America.

He went on to say, “Pls don’t worry they will be more [accepted] than WG.”

At this, the Wonder Girls’ fans began to reply with objections and protests. Then, Riley retweeted someone who said, “Wonderfuls just mad wonder girls are flops in america and no one cares about them.”

Due to the flood of protest messages due to Riley’s strong words, Riley finally apologized but cheered for SNSD by saying, “Go GG (Girl’s Generation)!”

Teddy Riley can be considered as a top 3 producer in the world. He has worked with the late Michael Jackson, Lady Gaga and other top stars. Riley has also worked with RaNia, Jay Park and has participated in SNSD’s new album.

What do you think of his behavior? He may be a top producer, but he could be more considerate in his position to fans.

Teddy Riley
twitter
Wonder Girls
How does this article make you feel?