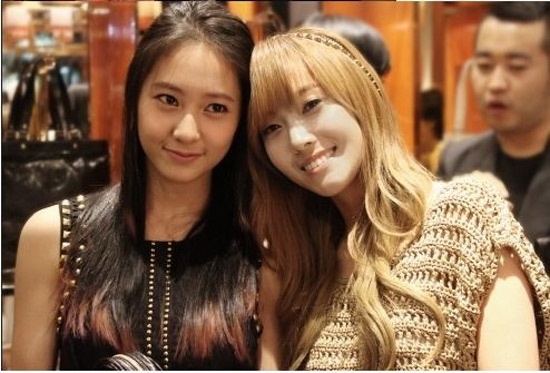 The Amazing Jung Sisters, Jessica and Krystal Shows Off Their No-Makeup Face

On the afternoon of the 4th, a photo with the title “Jung sisters with beautiful no make-up face” was uploaded to an internet portal site.

In the photo, Krystal and Jessica were without make-up, but were still able to show off their radiant beauty. The two sisters both made the same cute pose, covering their cheeks with their fists and giving off a cheeky smile.

Fans that saw this photo responded, “Indeed it’s the amazing sisters! They really look alike” and “Their pose is so adorable. Their no make-up face is pretty too”.

Meanwhile, scheduled for release is SNSD’s 3rd full album’s title song ‘The Boys’, which was composed and written by the late Michael Jackson’s producer Teddy Riley. Teddy Riley is also known to be one of the three legendary producers worldwide.

f(x)
Jessica
Krystal
Teddy Riley
The Boys
How does this article make you feel?