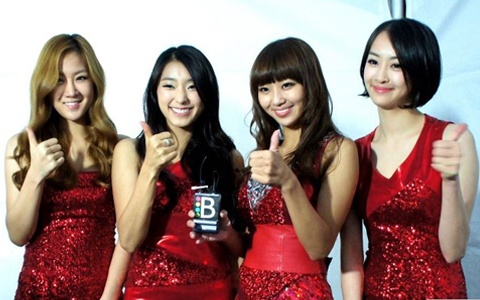 BEAST, 4minute, and SISTAR have come together to show support for KPOP Masters “like” campaign on Facebook.

KPOP Masters 2011 is the title of a concert tour that will be held jointly among Billboard Korea, MGM, and Ximon & Ximon. The legendary concert will be held at the MGM Grand Garden Arena in Las Vegas on November 25, 2011. So far the production team has announced BEAST, 4minute, G.NA, and DBSK in the artist lineup. The sudden image of SISTAR appearing on their Facebook sign reveals that they will join the concert as a performing artist as well.

The stars are supporting KPOP Masters’ mission to reach or exceed one million fans on their Facebook page. They hope to achieve the largest fanbase on Facebook and Twitter as a statement of the power of K-Pop and the Hallyu Wave in the United States.