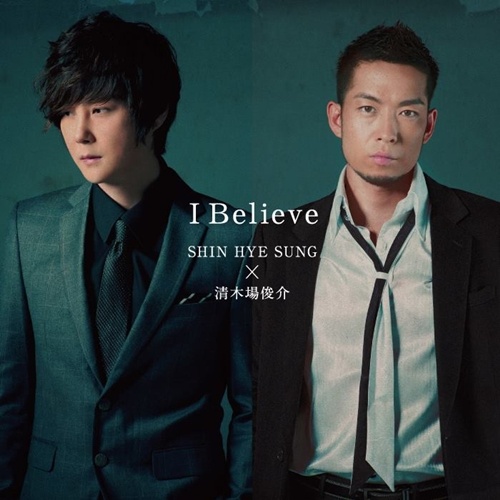 Shunsuke wrote the lyrics for this song even though he had a very busy schedule. Their attractive and fantastic vocal in chorus makes this song remarkable.

And also, “永遠に… (Forever… / Towani)” is included in this single album. The song is about the desire to be with one’s sweetheart forever. This single album has released in two versions. One version is the first round album (limited edition), which includes CD, DVD and bonus video clip. The other version is the regular album (normal). This will be collector item for the fans.

Shin Hye Sung is having interviews with the magazine “HOT CHILI PAPER,” the largest of Japan’s weekly “WOMAN HERSELF” and also appearing on radio programs FM YOKOHAMA, FM-FUJI YOYOGI PIRATES for the promotion of this single album release.

His record label Liveworks Company stated that, “The various promotions held hyped up the expectations of Japanese fans about Shin Hye Sung and his single album. Currently his Japan single album is in the upper ranks of survey by Oricon monitor research members’ pick. The largest of Japan’s cable caster ‘USEN’ has chosen ‘I Believe’ as the remarkable song of the week. Japanese TV programs NTV ‘PON!’ and KUMAMOTO TV ‘Saturday COCO’ has chosen ‘I Believe’ as the theme song. This proved Shin Hye Sung’s exceptional musicality even before the album release.”

It has been a year and eight months since Shin Hye Sung released the 1st Japan formal album ‘Find Voice in Song’ in February 2010. Now he releases a single album and his popularity is skyrocketing in Japan. He held a joyful handshake event with Japanese fans at Lazona Kawasaki Fupark Square Grand Stage on October 5 at 6pm.

He will also have a handshake event for Japanese fans in four big cities, including Nagoya, Osaka and Fukuoka. He will have two concerts titled ‘SHIN HYE SUNG 2011 JAPAN TOUR – THE ROAD NOT TAKEN ACT III’ at 3pm and 7pm at Tokyo Dome City Hall on October 16.