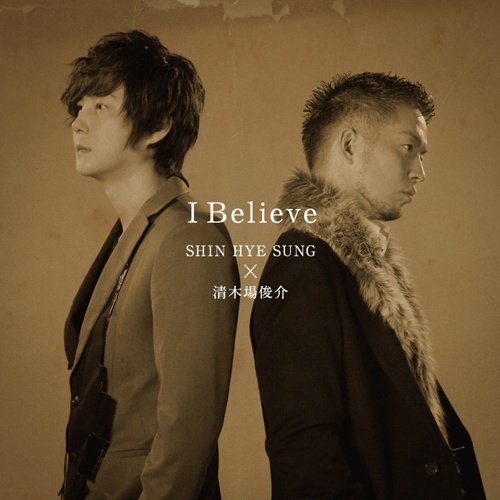 Shin Hye Sung‘s new Japanese single album “I Believe” shot up to number 4 on Japan’s Oricon chart as soon as it was released on October 5.

The song “I Believe” (duet with Kiyokiba Shunsuke) created buzz in both Korea and Japan before its release.

Previously in February 2010, he released his first Japanese album “Find Voice in Song”. His fourth Korean album, “The Road Not Taken,” had also reached number 9 on the Oricon chart the day of its release in Japan on August 31, proving Shin Hye Sung’s high popularity in Japan.

Jang Eon Lee, the president of LIVEWORKS COMPANY, says “Idol stars with visual performances are a big trend in the Japanese music market. Therefore, I’m quite sure it is a remarkable success that a solo ballad singer’s single album reached number 9 in the Oricon chart. Shin Hye Sung will keep working on his own music career rather than caring too much about the number on the chart. Please watch him with love and interest.”

Shin Hye Sung is currently staying in Japan for the single album promotion and is planning to have interviews with magazines, appear on RADIO/TV programs, have handshake events, and also a concert in Tokyo.

Even though it was raining, more than 3,000 fans gathered for a handshake event at ‘Tokyo Lazona Kawasaki Fupark Square Grand Stage’ on October 5 (the first day of the single album release).

With many fans waiting to see Shin Hye Sung in Japan, he said “I feel so excited and happy to be on the Oricon chart thanks to fans. The best way to repay fans’ love is to make better music. I will always try to show you better performances.”