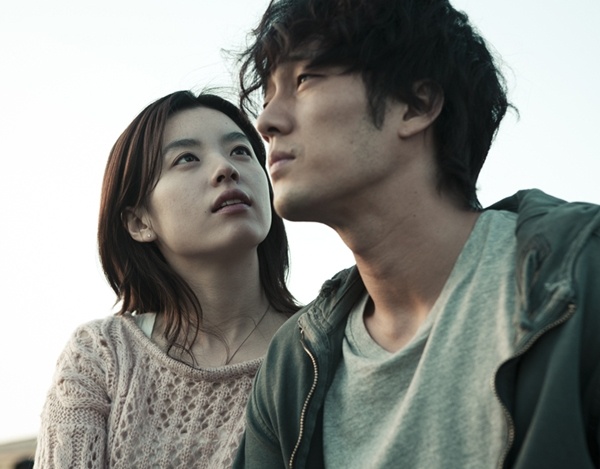 So Ji Sub’s Thoughts on His New Movie "Only You"

At the sixteenth Busan International Film Festival, So Ji Sub attended the “Only You” press conference. It’s the first movie to be showed at the newly finished private screening room of the film festival.

“Only You” is the story of an ex-boxer named Chul Min (played by So Ji Sub) who shuts everyone out after receiving an emotional scar, and a cheery telemarketer named Jung Hwa (played by Han Hyo Joo) who looks on the bright side, although she’s losing her eyesight. Their love story tells the tale of two people who can only love each other.

When asked about the most difficult part of the movie, So Ji Sub replied, “It was maintaining the mood. I’ve done mellow dramas before, but it’s so different from movies. Dramas are very fast paced and the filming is short. It was hard trying to maintain the same emotion and feeling over a prolonged period of time.”

Arranging, moving, and rearranging the set and equipment in itself took two to three hours. Splitting a scene into several parts wasn’t an easy task either. Waiting for the long hours, So Ji Sub tried as hard as he could to “melt” into his character.

He maintained his character’s feelings and expressions by thinking about the concept of love. So Ji Sub said, “As I was talking to the director, I came to the conclusion that we don’t need a reason for love. I kept this in mind constantly while acting the part of Chul Min. As a result, the acting started to come more fluidly.” In other words, there is no rhyme or reason for why we love.

He also gave the scoop on his thoughts after watching the movie himself. He said, “The first time I watched the movie, I could still feel it after it was over. There’s this lingering feeling… It’s classic, and makes my heart hurt. But really, I think it’s a warm movie. I hope audiences will feel the same.”

“Only You” will have its first opening to viewers at 7PM on October 6.

Han Hyo Joo
So Ji Sub
How does this article make you feel?