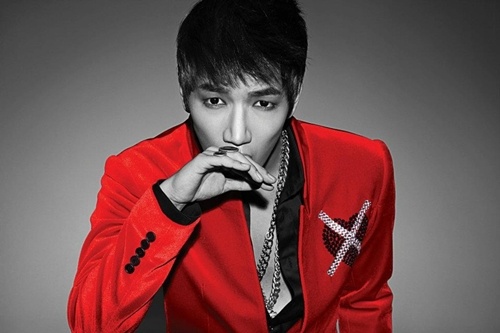 2PM‘s Junsu recently released his 4th own song “Alive” and portrayed a sensuous side of himself. He already released teaser, concept photos and short interview for this single earlier.

Junsu has achieved recognition for his potential as a musician through his own songs like “HOT,” “Sunshine” and “Don’t Go Away.”

His first solo track “Alive” was shown to fans for the first time on his solo stage of the Asia Tour with great performance received an explosive response from music fans. It feels like a new type of song with the harmony between classic and hip-hop.

“Alive” features a unique chorus with an orchestral accompaniment. It gives a very impressive sound with the harmony between Junsu’s soft voice, smooth melody and hip-hop beat. His fabulous voice and rap attracts the hearts and ears of listeners. Overall, this song represents the outstanding musicality of Junsu who surprises us every time with his new and rich sentiment.

JYP Entertainment stated, “‘Jun. K’ (Junsu) tried something new with his 4th own song ‘Alive’. This song represents his enriched music career. More fans will experience his new image through his new song.”

2PM
Junsu
How does this article make you feel?