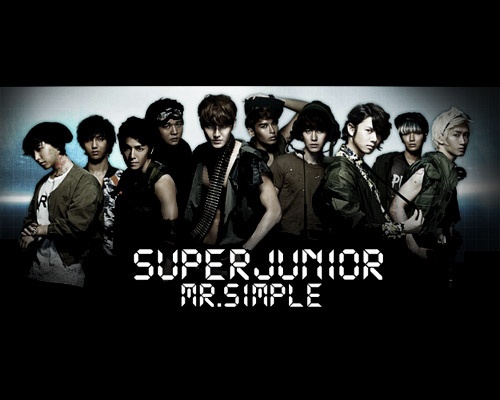 Super Junior has released the first teaser for the Japanese version of “Mr.Simple“.

The teaser appeared on October 7 in Super Junior’s official Japanese home page. The full single is set to be on the Japanese market on December 7. There will also be a first limited version of the CD together with a DVD. The limited version single will be released on LP size and inside the fans will be able to find a card from a set of 10.

Super Junior’s Japan Second Single should be basically composed of three tracks, Mr.Simple (both Japanese and Korean versions) and a new song, the title of which has not been decided yet. The DVD will contain four versions of Mr.Simple MV, the Japanese version, two Korean versions and a dance version. Also, fans will be able to watch an off shot clip.