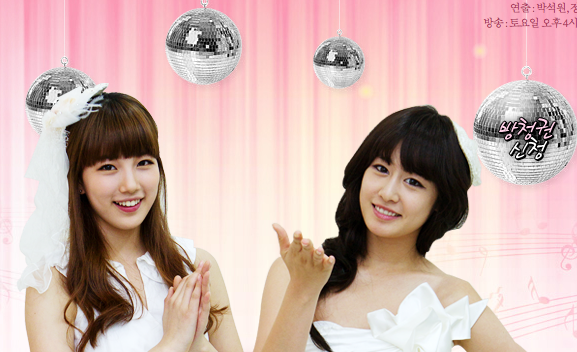 On MBC‘s “Show! Music Core“ that aired on October 8, Jiyeon and Suzy became teary-eyed while saying farewell to the viewers.

Jiyeon announced, “Today is our final day to say good bye since it’s our last day as MC’s.”

Suzy dropped some tears while introducing SNSD‘s Tiffany and Yuri, who will be taking over their spot.

Tiffany and Yuri, who both appeared on the show to wish Jiyeon and Suzy farewell, gave them flowers as gifts.
In return, Suzy and Jiyeon, who were both teary-eyed by this time, left some final comments.

Jiyeon stated, “It’s been a very fun and memorable experience. Even though we’re saying good bye, we will
soon return as more mature individuals.” Suzy continued, “It’s makes me feel very sad to leave this position
that I’ve become very close to, but I will keep supporting this program.”

Previously, Tiffany and Yuri had hosted music core from April 2009 to December 2010. With artists having constantly changes scheudules, it is normal for music shows, such as Music Core, to regularly have a change in hosts.

Suzy
Jiyeon
Music Core
Tiffany
Yuri
How does this article make you feel?