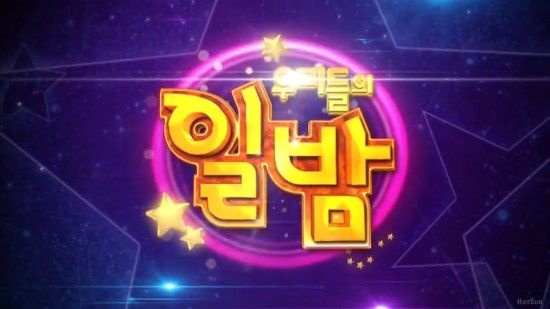 ‎[Preview] MBC "Our Sunday Night – I Am a Singer And Carried By The Wind" – Oct. 9 Episode

Round 8 – Contest 1 “Duet Stage!!!”
The Seven Singers have personally recruited a partner and have prepared a duet stage! The Duet partners with skills that easily match the talents of the seven member singers! Who will be the singers that get matched up to these partners?

The new singer that is also a genius singer and song writer! So that they could compete on the “I am a Singer” stage, they have ended their studies in the US and have secretly come back to the country! What will this new singer’s first stage be like? And who will be the duet partner that will be performing with them?

Kim Kyung Ho and his powerful stage presence! Everyone is glad to see his duet partner! Their amazing stage will be revealed!

Jaurim is showing off a new type of performance every time they get on stage, they show off a radical transformation together with their first generation Indie band seniors!

Bobby Kim has washed away his nervousness and is soaring to higher and higher peaks! The exciting stage together with his most comfortable partner!

Jang Hye Jin managed to escape from the crutches of elimination last week! She shows us what a duet stage really is with her lovely harmony with her special guest!

Insooni is performing together with the godfather of music! The duet’s song that warms the heart of their juniors!

Yoon Min Soo, Just barely survived during the last contest, His partner causes the reviewing audience to break out in cheers! And their choice of song causes everyone to sing along!

What will be the rankings of Round 8 – Contest 1, The “Duet Stage?”

Carried by the wind
For the first time in variety shows! The biggest ever project! They travel across the American continent to make music and tell people about Korean music! The Road Music Variety Show!“ The Wild Tiger in America!” The 2nd Story!

Lim Jae bum has disappeared somewhere during the recording!! They begin the search for “Mr Lim” on American Soil! “Where did he go?” Lim Jae Bum’s whereabouts become even more unknown. The music family’s dangerous touch and go situation, as they try to find the unpredictable wild tiger! Will they be able to find their expedition leader Lim Jae Bum?

▶ Nothing is impossible! The fantastic live performance in the middle of the desert!

The stage that has never been attempted before on a variety show! A live performance is held under the scorching sun, in 50℃ weather, in the middle of Death Valley.
Due to the absence of Lim Jae Bum, Kim Young Ho becomes the vocalist for the B.O.B Band. The performance that heated up the already fiery desert!
Lion King, Kim Young Ho remakes the song with his own unique colour; Byun Jin Sub’s “Becoming Single(홀로된다는 것)” will be revealed!

The place that has seen famous singers like Bon Jovi, N Sync etc pass through. The dream stage that every singer wishes to be on, situated on LA’s Sunset Boulevard, the “Key Club!!” It’s been a lifelong dream for the Rock and Roll Daddy, Lim Jae Bum, to perform at that place and finally that dream comes true!
The godfather of Korean rock, Lim Jae Bum, and his performance at the “Key Club.” He sings Korean rock at an American Club! The passionate stage that receives cheers and praises from the audience! And Lim Jae Bum is moved to tears. The heart-warming and passionate stage will be revealed!