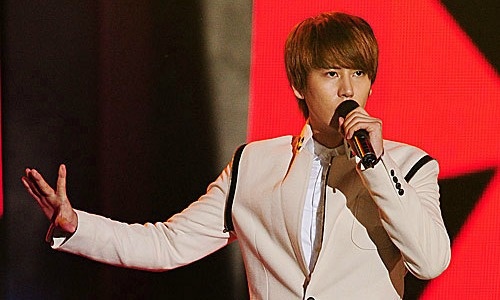 Super Junior’s Kyuhyun to Feature the second OST for “Poseidon”

The song “How to Break Up” of the OST Part 2 for “Poseidon,” will be released through music sites on October 11. It has been made known that Kyuhyun has participated in the album to show his support for fellow Super Junior member Choi Si Won, who is one of the stars in the drama.

Kyuhyun’s “How to Break Up” is a song created by producers Ji In and Won Taek. The song has received praise that as a talented idol singer, Kyuhyun’s emotional voice and the melancholy feel of the song that complements the atmosphere of autumn harmonizes well.

The production company Annex Telecom has stated, “Kyuhyun’s participation in the OST of ‘Poseidon’ is giving a boost to the vitality of not only Choi Si Won, but to the crew as well. We anticipate that Kyuhyun’s premium voice will heighten the level of completeness the drama currently has.”

Super Junior
Kyuhyun
Poseidon
How does this article make you feel?