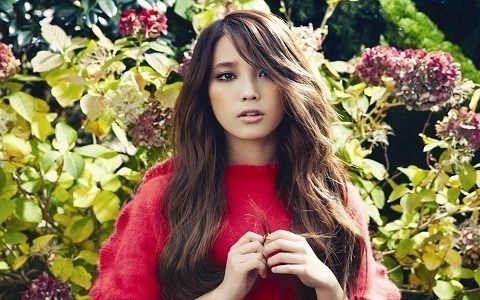 The test question about IU is heating up the keyboards of Netizens in search engines all over Korea.

Singer IU and Group BEAST‘s Lee Ki Kwang and Yoon Doo Joon appeared on a school’s exam, garnering the attention of many Netizens.

On October 12, on an online community bulletin board, there was a post titled “IU and Beast Appears on Test Paper,” along with a picture of the exam. The test is for first year high school students, and the question is about “Law and Community.”

The question states, “First year middle school students Ki Kwang and Doo Joon shared a soft drink together, and Ki Kwang threw the bottle out of a window on the fourth floor. The bottle hit IU’s head, and she lost her consciousness. What is the appropriate legal action of this case, and how should it be judged?”

The choices are as follows:

A, Ki Kwang has absolutely no part in this situation, and should not be charged for any illegal malfeasance or physical damage done to IU.

B, Although Ki Kwang’s parents did their best to supervise him, they should civilly take responsibility for his actions.

C, Even though Ki Kwang threw the bottle, both Ki Kwang and Doo Joon should take responsibility for the harm done.

The content of the question is quite disturbing, but it definitely shows the teacher’s clever humor. The Netizens that saw this picture commented, “I bet this question made the students who were taking the test laugh out loud,” “Wow. Lost her consciousness? That sounds so scary…” “Hahaha! The test questions nowadays are so hilarious,” “The teacher is so freaking witty!”

On the other hand, there was also another test question about Jung Jae Hyung, Sung Shi Kyung and Yoo Hee Yeol, causing laughter from the audience.

IU
BEAST
How does this article make you feel?