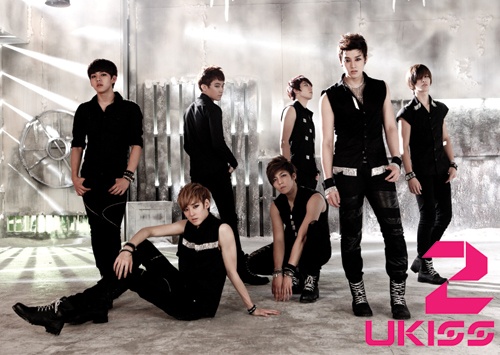 U-Kiss is a seven-member boy group created and managed by NH Media. U-Kiss made their debut in 2008. Not long ago, the group experienced some changes to their lineup. Currently, the group is composed of leader Soohyun, vocalist and dancer Kiseop, rapper Eli, rapper AJ, vocalist Hoon, vocalist Kevin, and maknae and rapper Dongho. “Neverland” was made available to the public on September 1, marking the second full studio release from U-Kiss. The album “Neverland” also represents the K-Pop debut of J.D. Relic, who was discovered by his well-received English K-Pop covers posted on YouTube. He assisted in the composition and arrangement of a number of tracks on the album including “Neverland” and “Baby Don’t Cry”. Listeners will be able to hear J.D.’s vocals singing backup while he supports the U-Kiss members.

“Neverland” features the two title tracks “Someday” and “Neverland.” The single “Someday” was made available for digital download on August 26, preceding the actual release of the complete album. The lyrics for “Someday” were composed by Denzil “DR” Remedios (who previously composed hits for Super Junior), Ryan Jhun (who in the past worked with SHINee and f(x), and Carey Cox. The song was arranged by Misfit. “Someday” is a comforting and hopeful ballad song. The message sung throughout the lyrics is a positive one, to look forward toward the future as in the chorus: “Although tiring, there will be days to smile. When you fall down, when you get up, although tiring, there will be days to smile; eventually a day to smile will come.”

The second title track, “Neverland”, was released on August 31 through the song’s official music video. The single “Neverland” is similar to what U-Kiss has done in the past as it is an electropop dance track which is the complete opposite to the previously released single “Someday.” This year, the group experienced a bump in the road, but because of it has shown much growth. The resulting album is direct proof of their evolution. Electro-dance tunes might be U-Kiss’ bread and butter, but they are not playing it safe here with “Neverland,” as the song shows much improvement while they continue to do what they’re known for, but better. Another point to mention is Dongho and AJ’s powerful performance of the track’s raps. All in all, it is a passionate and energetic track that will definitely get you moving, particularly during the chorus causing the listener to attempt recreating the group’s signature dance moves.

The music video for “Neverland” was revealed on August 31 and soon gained popularity. In the time since the video’s release, it has been recognized as being the group’s most viewed video on YouTube to date. The group began their promotions for “Neverland” on MNET’s “M! Countdown” on September 8 where they performed both title tracks “Someday” and “Neverland.”

Other notable tracks include “Baby Don’t Cry,” “Take Me Away” (a duet sung by members Kevin and Hoon), “Tell Me Y,” and “Obsession.” Members Kiseop and AJ both took part in the composition of “Obsession.” In this song, the use of the false ending is clever (a similar technique can be heard in “Baby Don’t Cry”), which keeps the listener interested with the variation through the duration of the song; another reason it works well is that you don’t want the track to end so soon. Yet one of the downfalls of the track is the odd English, as in the case of the lyric, “You are my obsession, ‘cause all of my confession is all about obsession, all ‘cause of my obsession.” Aside from this minor discrepancy, it is a decent track and deserves a listen, if not multiple. Another track to mention is “We’ll Meet Again,” which is a duet between U-Kiss and Paran (AJ’s former group). The first three minutes of the song are made up of a conversation between the guys; with its unconventional introduction makes for a rather interesting track.

Overall, the album is a solid one. The strong vocal prowess of the members, coupled with quality composed tracks, makes for a great album. No doubt U-Kiss has crushed the stereotype of the sophomore album slump. After “Break Down,” I was disappointed by their release of mini-album “Bran New Kiss,” not because of the delivery on U-Kiss’ part, but due to the passable song choices. The songs that made up “Bran New Kiss” were just average. In my eyes, “Neverland” is a great improvement. The album consists of thirteen tracks, but not to worry, as it is a well-balanced tracklist between ballads and dance tracks, each of which are performed well by U-Kiss. The album will suit the preferences of various music fans. Listeners will not be disappointed as they will easily find not one, but multiple favorites on this jam-packed release. Each track, from the intro to the bonus “Someday” instrumental, all have their strong points.

The album receives an overall rating of 4/5. Even if you aren’t a Kiss Me, but enjoy K-Pop, you certainly should consider purchasing this album.

Neverland
NH Media
Paran
U-KISS
How does this article make you feel?