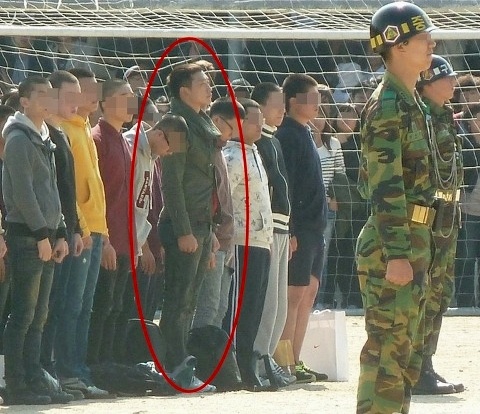 Rain’s first picture of him training was released and is gaining a lot of attention. On October 13 a picture of Rain now beginning his training was posted on an online community with the title, “Rain who has entered into training school, his posture is different.”

The picture that was posted is of Rain right before he entered the military school. In comparison to all of the other new recruits (Technically new recruits that are entering into their mandatory military service), Rain is a lot taller and he also has an imposing posture.

Netizens that have commented, “Wow he truly is a world star,” “His force/aura is great,” “It seems like he is filming a movie,” “wow his body looks so hard.”

After 5 weeks of training that began on October 11, Rain will serve out his term for two years.