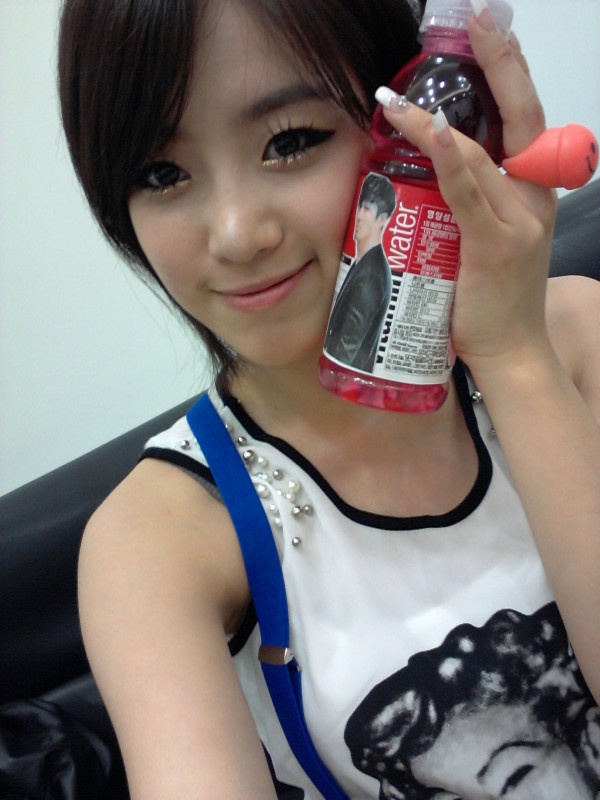 Eunjung and Jang Woo Are an Unlucky Couple?

In the latest episode of We Got Married, T-ara’s Eunjung and actor Lee Jang Woo had their very first kiss since the start of their marriage life.

They starred as the main characters of ZIA’s ‘The Way I Am’ music video. The concept or the theme of the video was the ‘unlucky couple’. During the filming of the music video, Eunjung-Jang Woo couple were constantly in the rain filming, till late at night. They also filmed affection scenes (as well as tragic scenes) based on their marriage life and experience. During filming for the kiss scene Jang Woo approached Eunjung at a quick speed as she tried to stop him, their lips touched and they had their first kiss.

After their filming scenes were revealed, Eunjung and Jang Woo confessed their feelings towards the kiss scene. Jang Woo said, “We tried to pepero kiss multiple times but failed, but this time we did it” and Eunjung said, “Something touched my lips and went away. He approached me like an excavator,” which aroused the laughter from the netizens.

This scene was filmed multiple times, after the first kiss, they seemed more comfortable and the pepero kiss scene looked more natural. After filming for the kiss scene Jang Woo shouted, “We had our first kiss!” to the people around him.

Jang Woo was very happy and satisfied for their first kiss, but Eunjung wasn’t satisfied at all. She wanted to make it more special, by not having their first kiss in a set but somewhere with a romantic atmosphere. Despite the conflicts, in the end, their level of affection towards each other increased.

Netizens who have seen the latest episode have said, “They finally kissed,”, “Why is my heart beating?”, “They are such a cute couple.”

In addition, the latest episode unveiled the identities of the new couple. Super Junior’s Lee Teuk and Sunny’s Kang So Ra commenced their marriage life on We Got Married.

Super Junior
Eunjung
Kang So Ra
Lee Jang Woo
Sunny
T-ara
We Got Married
How does this article make you feel?