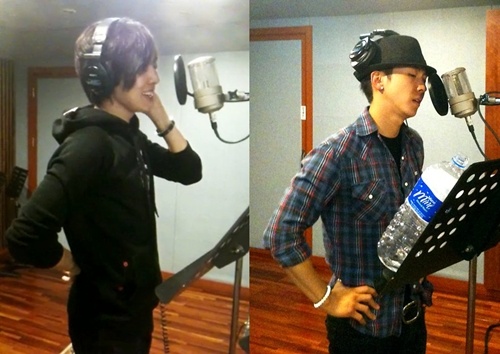 Brian Joo and Alexander Snap a Selca Together

On October 13, Brian Joo tweeted a photo saying, “@alexander_0729 & me… On board our flight and getting ready to depart for Malaysia^^ Please pray for us guys.”

In the photo, he and Alexander are seen wearing hats together posing for a selca, Alexander with the “victory” hand gesture. They took the photo in an airplane heading to Malaysia in the morning.

After a 5 hour journey, they arrived safely in Malaysia and Brian mentioned how hot the weather is: “Just arrived in Malaysia;) Wow, the weather is HOT^^ Can’t to see what KL has in store for me, @alexander_0729, & @3rdWaveMusic~ Praise God!”

They greeted their Malaysian fans with Brian tweeting, “http://twitvid.com/5C8WK – We’re in KL and fans at the airport greeted us very warmly~ Me, @alexander_0729 & @3rdwaveministry…” He also included a video on the tweet.

This is the second time Brian Joo and Alexander have come to Malaysia but the first time for this event. Both of them are attending the 3rd Wave “I Will Be There Music Rally“ that will be held on October 15. 3rd Wave is a contemporary Christian Music (CCM) music group based in the city of Seoul, Korea.