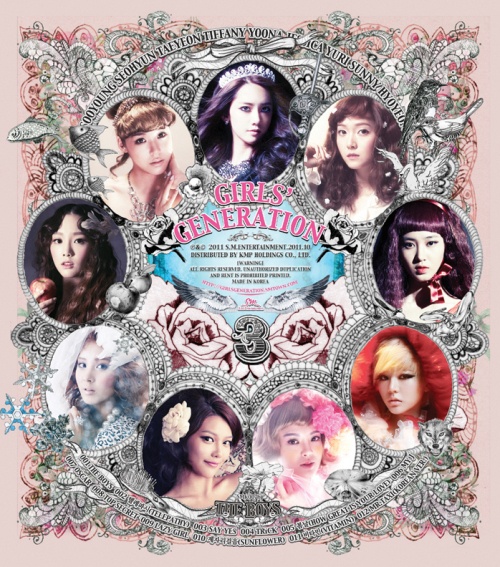 SNSD revealed the track list for their 3rd album “The Boys” which is made up of 12 songs.

The album which will be released on October 19 has a star lineup in terms of producers as Teddy Riley, Yoo Young Jin, Kim Young Hoo, Hitchhiker, Kenji, and Hwang Sung Jae that worked on the album.

On October 14, SM Entertainment stated, “You will be able to see a new SNSD that has improved on their musical sensibility and vocals. We anticipate the explosive response to the album from fans.”

This album contains the Korean version of “Mr. Taxi,” “Spring Day” which is an R&B ballad written by Sooyoung, a synth-pop song that is bright called “Telepathy,” and an upbeat retro-pop song “Say Yes,” it also contains a cheering song “Vitamin.”

Other songs include “Trick,” where SNSD will become magicians, “Oscar” which has a powerful yet dark sound that will feature the unique vocals of SNSD, and “Top Secret” that will have a retro sound.

SNSD will release MV teasers on October 15 and 17. They will also have their first comeback performance on October 21 via KBS 2TV’s “Music Bank.”

Here is the tracklist:

Here is the Japanese version of Mr. Taxi (Dance Version):

Spring Day
Teddy Riley
The Boys
How does this article make you feel?