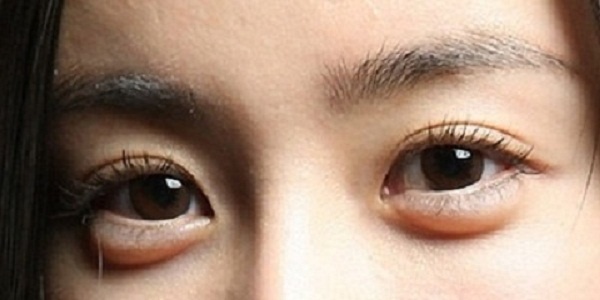 Korean netizens are quite notoriously known for their detailed photoshop skills. They cut, paste, enlarge, shrink, skew and stretch pictures of celebrities to give them imagined surgerical effects, weight loss, breast enhancements, dental adjustments and so on. Therefore, many popular Internet meme’s have trended in the past. One of the most popular and recognizable memes is probably creating a picture of two celebrities imaginery child.

With that, there has been a recent trend that has been gathering explosive responses. It is removing or adding the eye bags (“aegyo sal”, different from the dark, saggy eye bags from exhaustion) from the faces of some of the most beautiful actresses. As simple and trivial as it sounds, in some cases, it may make a difference to how one looks. In other cases, it doesn’t quite make that much of a difference, but something is very off-putting in the once beautiful faces of female stars. This has caused much amusement and this trend is quickly spreading like wildfire.

Check out some of the before and afters below!

Hwang Jung Eum, on the other hand, pretty much looks the same.

Han Ga In, also looking a little off without her eye bags.

Han Seung Yeon, who is famous for her charming eye bags, looks a bit more mature without them.

What do you think about this trending Internet meme?