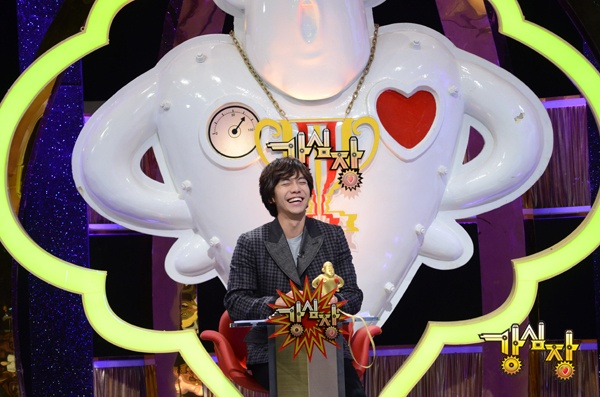 ▶Kara, because of our juniors nowadays.

The strong girls that have seized “Strong Heart.” They have come as the representatives of recent idols to meet their senior female celebrities. The world girl group, Kara, who are now the seniors of the singing world, having debuted five years ago.

Goo Hara confesses that “I am saddened by the juniors that don’t greet us. It’s already been five years since Kara has debuted. It’s amazing to see the large amount of juniors, however there are times lately when I saddened because juniors won’t greet us, even when we go to them first and greet them, there are times where they don’t really greet us back” What is the full story regarding the incident that is worrying them lately?

▶The corner within a corner, Boom’s X-File

Baby V.O.X. Vs Diva, The stories regarding disharmony within the two groups is finally revealed after 10 years. The legends of the singing world, Baby V.O.X. vs Diva, will they be able to reconcile?

▶Kim Sae Jin, Because I am really honest.

The charming strong guy that shines within the group of strong ladies, the legendary strong spike, Kim Sae Jin. He is a legend among the Korean volleyball world. However he committed a team kill during a league final match? What were the unusual circumstances that resulted in disadvantaging his team due to his excessively honest personality? Revealed for the first time, the secret behind Kim Sae Jin’s famous fair play mentality.

▶Lee Kyung Shi, the global communication within the sauna.

The powerful charisma that overpowers everyone and forever the godmother of the comedian world, Lee Kyung Shil. Lee Kyung Shil loves and admires the sauna but she meets a group of rude girls in the sauna? You must not act like that in a sauna, what was the shocking story behind why she had to scream at them while completely naked? She can communicate with anyone even without talking, the amazing body language!

▶Jo Hye Ryun, The passionate happy energy that is transferred to Strong Heart

The gag that expresses her dream and the laughs that relay happiness. The gag evangelist, Jo Hye Ryun. She always wanted to meet “Daughter of the Wind” author Han Bi Ya and she managed to bump into her in China? How happy are we lately? The power of positive thinking, everyone that wants to be happy gather here for Jo Hye Ryun’s happiness lecture.

▶Round 4 Kim Hyung Bum Vs Jini

▶Kim Hyung Bum, What was the award he got after playing eight roles in one SBS drama?

The actor that is full of character and always full of energy, Kim Hyung Bum. What was the one and only award that he has gotten during the 10 years as an actor? The prize was also quite unique but why was he soo disappointed by the prize that he personally received from SBS. The master of transformation that played eight different roles in one drama, Kim Hyung Bum’s short but passionate acting.

▶Jini, she starts her second life as a designer in the US

She has returned with even more powerful stories. She is dreaming of a new life, Diva’s Jini. The strong lady, she has started her second life as a designer in the US. The pains of being a new recruit at the age of 30, however Jini’s dogged spirit ensured she wasn’t fazed by it. My market is the Korean market. Her success story and her return as a successful designer!

▶Kim Eiji, Do you want to marry me?

In her third year of marriage and now a lovely wife with a beautiful child, Baby V.O.X’s Kim Eiji. She had a strong femme fatale image during her years in Baby V.O.X and it was difficult to get married. The love story with Kim Eiji’s husband, who fell for her cuteness that was hidden behind her femme fatale image, the propose song that she heard from her husband “Do you want to marry me?” She hears it again live by MC Lee Seung Gi?

▶Byun Gi Soo, I have just registered my marriage.

The impressive guy that is deeply in love, the brave man that screams out about his love, Byun Gi Soo. Byun Gi Soo reveals this for the first time, I registered my marriage today and his following lovely confession, he reveals everything about Byun Gi Soo junior. Byun Gi Soo’s special other, his message of love towards her.