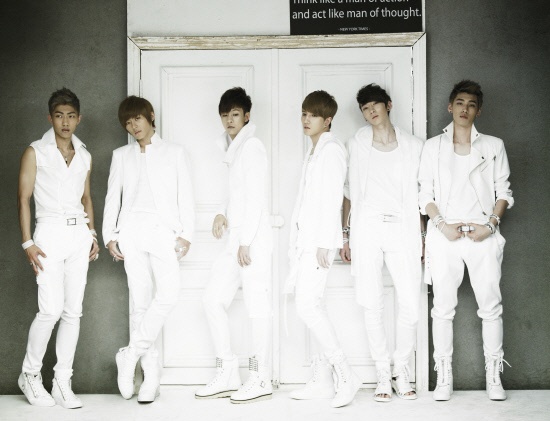 HITT Members at the Paddock During F1 Korean Grand Prix

On Sunday October 16, three members of rookie boy group HITT were invited to enter the AirAsia Team Lotus‘s paddock during the Formula 1 Korean Grand Prix held in Yeongam. AirAsia is Malaysia-based low-cost airlines and sponsors Team Lotus, which is also headed by Tony Fernandes, the CEO of AirAsia.

Unfortunately only three members showed up – Wooram, Hayong and Hyunjun. Although missing the company of their other members, they looked thrilled as we could see from the pics, the paddock is only accessible by the team’s drivers and VVIP guests. Not only did they get to pose by the racing cars, they also get to hold the driver’s steering wheel… well not quite there but a replica to be exact �de42

HITT debuted on July 8 through Sony Music with “Good Night” and is receiving widespread attention both at home and overseas.

HITT
How does this article make you feel?