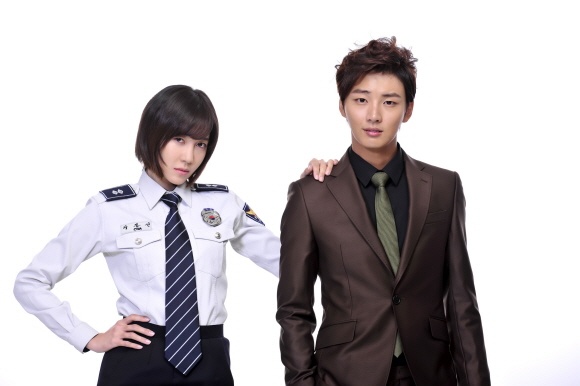 Lee Ji Ah Transforms Into a Police Officer for "Me Too, Flower!"

A picture of Lee Ji Ah as a Police Officer was revealed for the MBC’s new drama “Me Too, Flower!” The two leads Lee Ji Ah and Yoon Si Yoon went through a photoshoot for the poster of the drama on October 17.

The drama will be a comeback for Lee Ji Ah after 8 months of no acting. It is being said that at first she felt awkward wearing a police uniform, but the moment they began to take pictures, she transformed into her role.

Lee Ji Ah stated, “It felt like the photo studio felt like home. I was comfortable and happy.” Yoon Si Yoon also stated, “Because it’s a bright and light drama, I think I will be able to film with a happy heart. I will try my best to fit in with all the other actors/actresses.”

The drama will be a romantic comedy about the romance between a police officer and an undercover boss.

Lee Ji Ah
Me Too, Flower
Yoon Shi Yoon
How does this article make you feel?