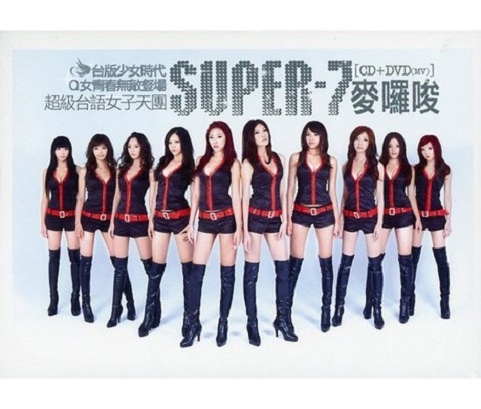 On October 15, through YouTube the Taiwanese girl group “Super7” revealed their music video for “Mai Luo Suo.” They wore costumes that were very similar to SNSD’s “Hoot” concept. The 007 style costumes were almost the same.

On the afternoon of October 20, the music video for “Mai Luo Suo” had nearly 36,000 views. The song itself has a simple chorus and repeating chorus. It is a “hook song” like the ones that made SNSD famous. The response of Netizens are overwhelmingly negative.

In China there was a similar girl group that followed SNSD’s concepts which was called, “Idol Girls.”

In Japan, there was a girl group named “Berryz Koubou” who allegedly copied SNSD’s “Mr. Taxi” concept for their song “Ai no Dangan.”

Mr. Taxi
How does this article make you feel?