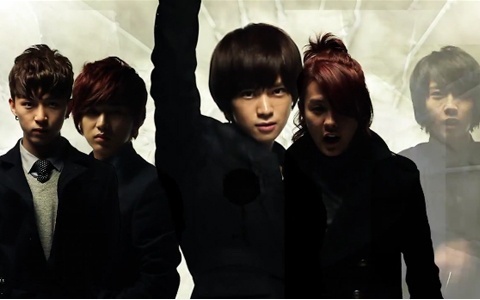 On October 20, a new teaser from the boy group Daeguk Nam Ah or also known as The Boss was released through their agency, Open World Entertainment ‘s YouTube Channel.

In the 30 second teaser, we can see the boys wearing chic black suits and give mature vibe with the music beat playing in the background. Their image of being young boys has now been transformed to a more young adult style.

The group consists of five members Mika, Karam, Jay, Injun and Hyunmin. They debuted last year with their first song “Admiring Boy”. They also debuted in Japan in 2011, doing fairly well on the music chart at this moment.

They will release their second single album “Lady” on October 26.

teaser
The Boss
How does this article make you feel?