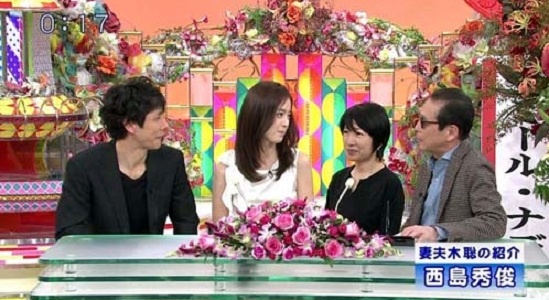 Actress Kim Tae Hee has been experiencing relentless attacks by Japanese netizens. This time, their reason for disapproval was that she appeared to be disrespectful towards a Japanese reality show.

This event occurred on October 21 when Kim Tae Hee appeared as one of the guests for the Japanese reality show, “It’s Okay to Laugh!” (笑っていいとも!) that aired on Fuji TV.

The show’s main guest was Nishijima Hitaetoshi who will be appearing on the drama, “Me and My Star’s 99 Days,” along with Kim tae Hee that will air on October 23.

To the Korean viewers, the show seemed like it went well without having any major or minor problems. To the
Japanese viewers, however, the show had apparent problems that were all caused by Kim Tae Hee. The problems all have to do with Kim Tae Hee’s lack of manner and respect towards the show. The following are some of their reasons:

During the show, Japan’s large community called 2CH gave comments such as “She really doesn’t have any manner,” “It seems reasonable for the person who hates Japan to not let a Japanese person speak,” and
“How could she sit in the middle when she’s not even the main guest?”

These comments quickly spread out through the Internet that allowed many Japanese citizens to join the act
started by 2CH.

There were still some supportive Japanese communities that did not understand such negative comments.
Their reaction was that MC Tamori and Nishijima Hitaetoshi purposely let Kim Tae Hee sit in the middle to
show respect towards the Korean actress. An aquaintance of these communities commented, “In most Korean dramas, Korean men tend to be more respectful towards women so it seems reasonable for MC Tamori and Nishijima Hitaetoshi to show respect by letting Kim Tae Hee sit between them. This is really embarrassing for me and I don’t want the other countries to see this.”

This whole controversy between Kim Tae Hee and some Japanese communities started when it was revealed that Kim Tae Hee attended an event that was primarily for people who support Dokdo Island.

Dokdo
Kim Tae Hee
Me and My Star's 99 Days
How does this article make you feel?