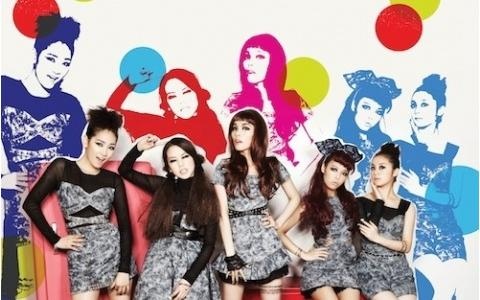 Wonder Girls are finally getting ready to make a comeback to the Korean music scene.

According to officials, Wonder Girls will be releasing their second full album on November 7. From the second week of November, they will start their promotions through various music programs.

With big hits such as “Tell Me,” “So Hot,” and “Nobody,” which created a syndrome during the time of its promotions, the Wonder Girls will show a more mature and refined image for this album, not only in appearance but also musically.

Earlier this month, on the Oct.16 and 17, the Wonder Girls filmed the music video for their new title song on a set located in Korea. Wonder Girls’ producer Park Jin Young posted on his Twitter, “We have finished filming the music video here in Korea. Why is my heart racing when I’m just watching from the side? The girls are just awesome.”

Starting from the month of November to early next year, the girls will be focusing on their promotions in Korea as well as other activities around Asia. Following their new album promotions, some time during the first half of next year, the girls will be returning to America to attend the premiere of their movie, “Wonder Girls at the Apollo”, and then continue their American promotions.

After setting an incredible record on the American Billboard Charts last year with the hit song “Nobody” ranking at 76th, the girls have now gone to film a new TV drama. It will be the first time on American TV where the lead role(s) will be played by Asian singers. The TV movie drama “Wonder Girls at the Apollo” will be aired through one quarter of the MTV network branches.

This movie has already received a lot attention due to the fact that it was created by Mariah Carey’s husband, and the movie “Drumline”s lead actor, Nick Cannon. The story line of the movie will consist of the Wonder Girls battling it out with Nick Cannon’s company’s junior girl group “School Girls” through dancing and singing.

Also, make sure you check out the “R U Ready?” contest on the Wonder Girls’ Facebook page!

Nick Cannon
Wonder Girls
How does this article make you feel?