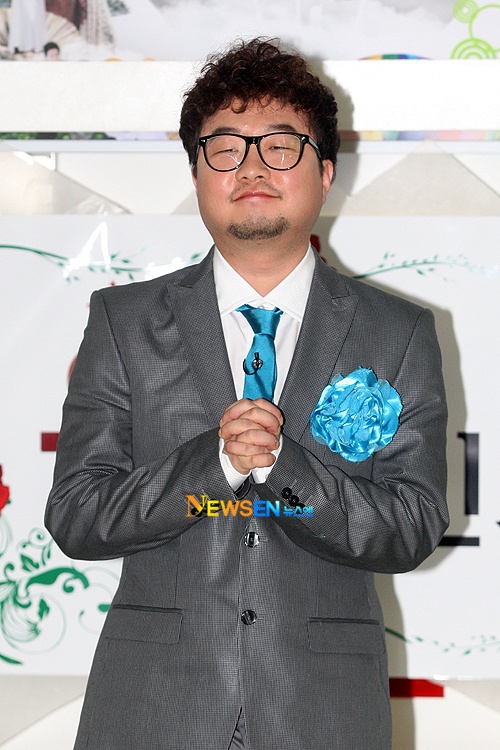 ‎5 Unfortunate Male Celebrities Who Look Older Than Their Age

What do you think Park Hwi Soon, Ji Sung, Jung Juri, and Hwang Jung Eum have in common? Surprisingly they are all celebrities of the same age. When solely judged by face, they may look like uncle-nephew/niece or aunt-nephew/niece relationships. Unfortunately, there are unlucky stars who look older than their age who have received respectful greetings, “Ahnyunghasaeyo sunbaeneem” (“Hello senior”) as early as their debut. A professional online research website determined celebrities who look older than they are—no matter how much they use moisture and nutrient creams and receive periodic skin care.

Park Hwi Soon’s most confident body part is his face. At his public comedian audition he made the judges howl with laughter by simply taking off his glasses. When he revealed his age the judges admitted him while still not recovering from laughter. Although Park Hwi Soon has an incredible condition as a comedian, he is always teased during his daily life because of his face.

Epik High’s Mithra Jin has a face no one can reject an offer to. Even people who are older than him think twice before making a mistake to anger him for his charismatic “older force.” Although he is two years and three years younger than his fellow Epik High members DJ Tukutz and Tablo (respectably), he looks like the leader when purely judging by the face. Mithra Jin looks especially older when he is compared to his close friend Super Junior’s Heechul. Compared to Hee Chul’s great skin and big eyes, Mithra Jin’s scary image with his mustache makes him look five years older than his friend.

Why else would he have the nickname “Korea’s Grandma?” Not only does Kim Tae Won look ten years older judging by his face, but also his body age as well. His bent shoulders and waist look like thin microfiber that makes his legs add up to his elderly image. His fat lacking cheeks makes him look older. Unfortunately, his ponytail hairstyle and sunglasses do not help much on hiding his oldness.

Choi Daniel earned the nickname “Choi Assistant Manager” since his debut. He portrayed as a new employee for a cell phone CF back in 2009. He was twenty-three-years-old at the time but to the viewers’ eyes, he was a handsome thirty-three-year-old assistant manager. Choi Daniel’s humiliation for looking older than he is started when he starred in MBC sitcom “Highkick Through the Roof” with Yoon Shi Yoon as an uncle-nephew relationship. Choi Daniel’s role was a doctor while Yoon Shi Yoon’s role was a high school senior. The public could not hide their surprise when it was revealed that the two actors’ birthdays are only seven months apart. Choi Daniel does look a bit younger when he takes his glasses off but his face becomes a little awkward. Other stars with the same age include JYJ’s Kim Jaejoong and Kim Hyun Joong.

Yoo Hae Jin’s face is the same compared to his debut days and now. When he debuted through the film “Black Jack” in 1997, he was casted as a 40~50 year old role. There is a saying in Korea that being in love makes a person radiant and younger but he still looked the same when he was dating Kim Hye Soo. He looks the same whether he is tired or happy that sometimes it makes the viewers confused.