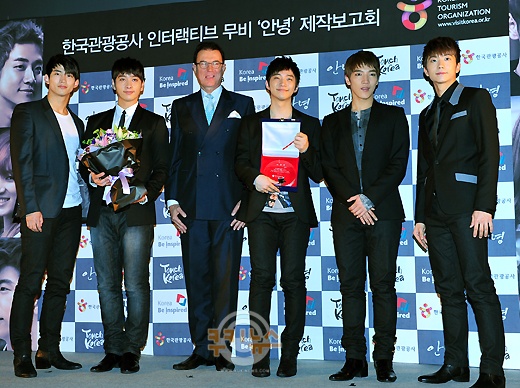 The members of 2PM have been tweeting all week long in worry of the victims in Thailand that suffered from the heavy flood that is causing destruction to the nation.

For about three months now, the heavy rain fall has caused floods that have damaged about 70% of the nation and left more than 300 victims dead.

Deciding that they can no longer just watch on as the storm causes more havoc to member Nichkhun’s hometown, 2PM and JYP Entertainment gathered up and donated a total of 130 million won (about ~$130,000 USD), all collected from the members’ own pockets.

“Thailand is not only Nichkhun’s home country, but a country that 2PM is very affectionate of. The members decided to collect donations after hearing unfortunate news of the devastation in the country,” officials of JYP Entertainemnt revealed.

We’re sure that their warm hearts will surely make a difference for the victims trying to reconstruct their nation.

JYP Entertainment has a history of good deeds, as they also donated about $300,000 USD to Japan when the nation was devastated by natural disasters earlier this year.