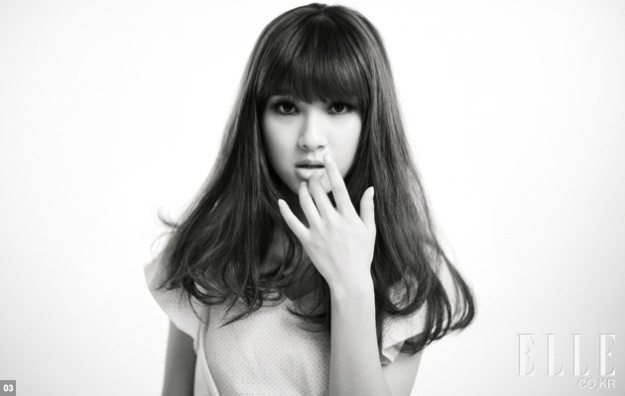 Actress Kim So Eun, most known for playing Jandi’s best friend Ga Eul in “Boys Over Flowers” and now starring in the weekend drama “A Thousand Kisses” updated her fans and followers on Twitter with a photo of her and co-star Ryu Jin in wedding clothes.

“Today is the drama’s wedding picture day with Ryu Jin oppa,” she posted. “I’ll meet you in ‘A Thousand Kisses.’” She later uploaded another picture with the comment, “Bonus!”

Her fresh snapshots come at the heels of her middle school graduation pictures that have recently surfaced online. An online community site posted some photos of the actress from when she was much younger. The photos show her plumper cheeks but netizens commented that she has otherwise not changed very much.

Kim So Eun is still in the midst of filming “A Thousand Kisses,” which is planned for 50 episodes and began airing on MBC in August.

A Thousand Kisses
Kim So Eun
Ryu Jin
How does this article make you feel?