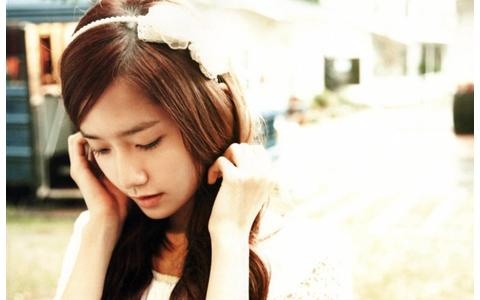 SNSD Yoona, "I Overcame My Hardships After Listening to IU’s Song"

Girl group SNSD’s member Yoona revealed, “I had some tough times while promoting in Japan, but I was able to overcome it after listening to IU’s song.”

Girl group SNSD, who recently made their comeback with their 3rd album “The Boys” appeared on SBS’s Power FM radio program “Jung Sun Hee’s A Night Like Tonight” on October 21. During the program each member went around talking about the select topic which was, ‘during your most difficult time, what song helped you get overcome that hardship?’ Each member talked about the song they had chosen and also their hardships.

When it came to Yoona, she started off saying, “When we were promoting in Japan there were a lot of times when I was exhausted and wanted to rest, but what really troubled me were the times when I knew I had to improve myself and develop.”

She continued, “With all the thoughts running through my head I kind of became depressed, that’s when I reached for my mp3 and the first song that played was IU’s song “Someday”.”

Yoona explained how the situation within the song was similar to how she was feeling at the time, and was able to find comfort in the song. She went onto say, “There’s a line within the lyrics that I relate especially well to, and it goes, ‘Even though I tell myself to believe and have confidence, I can’t’. After listening to that, I thought to myself, maybe I’m not the only person that feels this way. Maybe there are others out there that feel the same way and that is why these lyrics exist. After realizing that, I was able to comfort myself.”

Other than Yoona, there was Taeyeon who revealed that when she feels down or upset, she would find sadder songs to comfort herself. And with the total opposite, when she is feeling down Hyoyeon would listen to happy and energetic songs in order to hide her true feelings. Through that topic we were able to uncover the different music styles that each member listens to.