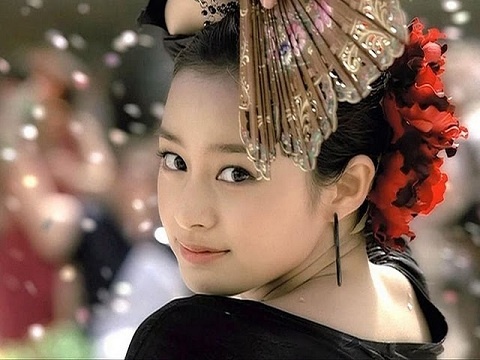 The whole dispute over Kim Tae Hee and her Japanese drama seems to never end.

Recently, Korean netizens found a controversial scene in the first episode of the Japanese drama, “Me and My Star’s 99 Days,” that aired on October 23.

In this scene, a supporting male actor asked, “Where’s Korea?” to Kim Tae Hee who gladly pointed at the approximate location of Korea using a map. In the close-up of the map, Dokdo Island was represented as Takeshima which is the Japanese term for the much disputed island on the eastern end of Korea.

Korean netizens were offended by this scene due to the current dispute between Korea and Japan over the island.

After seeing this, Korean netizens posted the photo of this scene along with comments such as, “I think Kim Tae Hee was tricked by Fuji TV,” “There’s no way that Fuji TV was unaware of the fact that Kim Tae Hee supports Dokdo Island,” “Kim Tae Hee probably wasn’t aware of this,” “Are they going to keep using her like this?” and “I’m guessing this was their reaction to Kim Tae Hee’s actions,” on a Korean website.

Previously, Kim Tae Hee had been attacked by Japanese netizens and has even had protests against her.