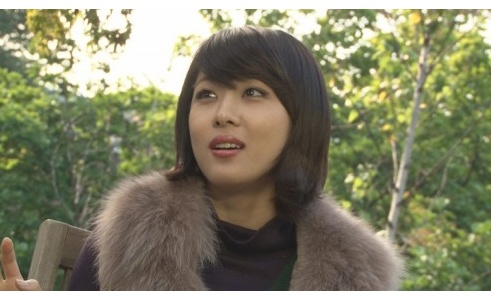 During an interview on SBS variety “Night of TV Entertainment” aired on Oct 26, actress Ha Ji Won revealed how she was ashamed of being nicknamed “Fitness of Steel,” because she had IV drips secretly. She confessed, “To tell the truth, I fainted many times (during filming). I even had IV drips at the filming set. But in order to look strong, I had them secretly.”

When asked whether she felt that she could not rest adequately, she said, “I’m also human, thus I do feel that often. But I recover after half a day. My ability to recover is pretty fast.”

During the interview, she also revealed her expectations of her ideal guy: “He must not be too fair. I like men who give off a healthy vibe. It will be good if he could exercise with me too. People who don’t do sports are not charming.”

She added, “It will be good too if we can have a stroll together. I hope to meet someone whom I can connect to so well that we understand each other even when we don’t speak much.”