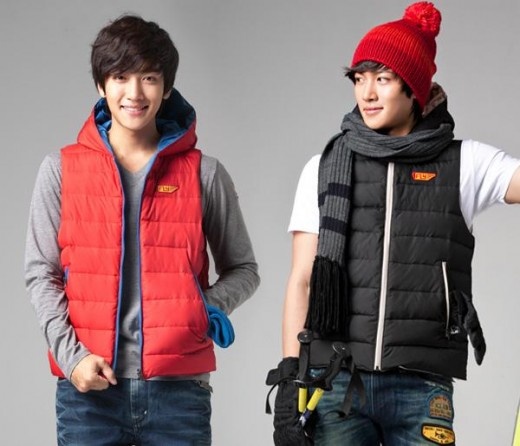 In the photos, whether he’s wearing a padded jacket, knitted cap or scarf, his poses were always accompanied by his signature bright smile, which gave a different feel to the charisma he exuded in his recent SBS drama “Warrior Baek Dong Soo.”

A staff member at the photoshoot said, “Throughout the photoshoot, Ji Chang Wook was meticulous and was constantly checking the shooting concept and how he appeared in the photos. He really gave his best.”

Netizens commented, “While his charisma can be seen from his appearance in the music video, in these photos he is full of cuteness,” “Baek Dong Soo is wearing ordinary clothes now,” “He’s hot!”