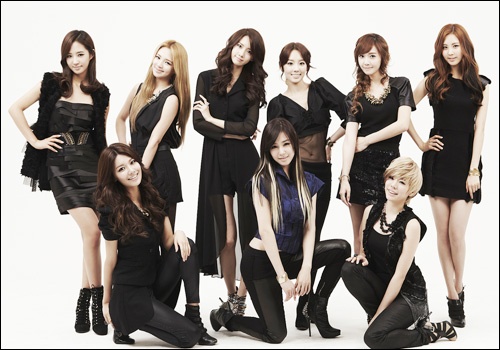 SNSD on MTV: "Performing at Madison Square Garden Was Epic"

“Epic” was how SNSD’s Tiffany summed up the feeling of performing at the Madison Square Garden in their post-concert interview with MTV Iggy. Earlier, we reported that all nine Girls stopped by the MTV Studios in Times Square, New York City, which was broadcasted live.

SNSD also revealed that their “The Boys” maxi-single will be released in the US market on November 19, as they announced during the “SMTown Live in New York” performance. Although the track was already successfully released in Korea, SNSD first performed the English version of title track “The Boys” live at the concert.

The Girls further made known that while they are not yet working on a full-length US album, they are definitely hopeful of such development in the future. For now, with “The Boys” about to hit the stores Stateside and performing to a sold-out crowd at the Madison Square Garden, SNSD expressed their gratitude for the opportunities that have come their way.

“We are just very fortunate and we’re really excited to be able to meet our fans in the East Coast and the US,” Tiffany said on behalf of the group.

“We’re very lucky to have all these fans supporting us,” Jessica added.

MTV Iggy
The Boys
How does this article make you feel?