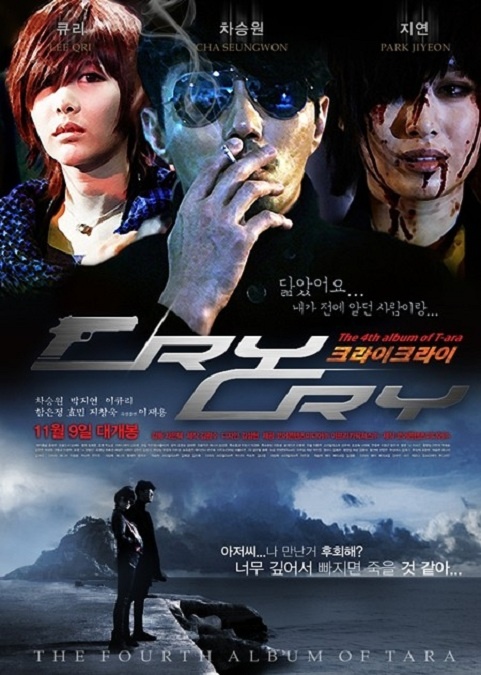 The poster itself is intense. Jiyeon is shown all bloody with tears. Kyuri is going for a new image that is more powerful. Cha Seung Won shows off his signature charisma.

The “Cry Cry” music video is a short film about 30 minutes long. It is being said that the music video has a great storyline, and was directed by Cha Eun Taek. He has directed many commercials and music videos.

Although reported before, the cast is notable as well with Cha Seung Won, Ji Chang Wook, and Lee Jae Yong who are all veteran actors.