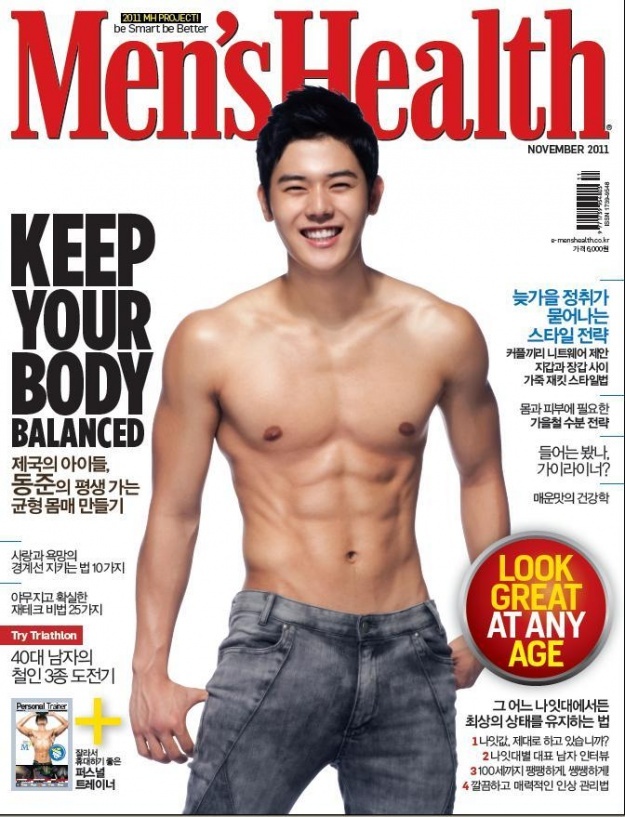 ZE:A’s Dong Jun was selected as the youngest model yet to grace the cover of the November issue of “Men’s Health.” Through this issue, Dong Jun displayed a twist in his image, as it showed off his sizzling body.

Since his debut, Dong Jun has received attention for his cute looks. During this photo shoot, he revealed his body that he has been consistently training with since his younger years. Dong Jun told “Men’s Health” that his body is the natural result of playing soccer and doing apparatus gymnastics during his youth. He continued to stay fit after his debut through weight training and cross-fit exercises.

ZE:A’s management said, “Dong Jun was happier than anyone else to be a part of this photo shoot because he dreamed of becoming a model on ‘Men’s Health’ since middle school.”

In other news, ZE:A will be releasing their new Japanese single “Daily Daily” on November 22.

Men&#039;s Health
How does this article make you feel?