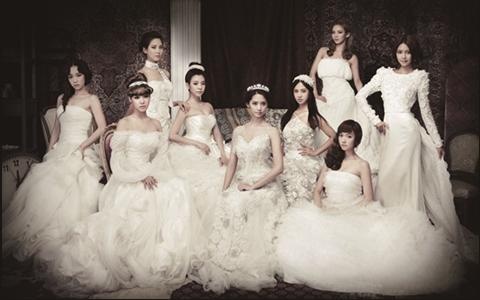 SNSD’s interview with MTV News placed number one on the “Most Viewed News Article” list.

On October 29 (Korean time), MTV uploaded a news article on their website titled, “Girls’ Generation Dish on Hazards of Making ‘The Boys’ Video.” The contents of this article were from the interview that took place on October 25. Along with the written article, a video recording of the interview was also posted.

After the news article was posted, the reaction and repsonse to it was hot. Only two days after it was posted on the website, it already made its way to the main page of MTV’s news site. Not only that, but it ranked first place on the “Most Viewed News” list. This is the first time that a Korean girl group has ever ranked first place on MTV’s news site.

Another reason why this rank is meaningful is because they outranked articles about Eminem and Jay-Z, as well as other famous American singers. The news article about Jay-Z and Kanye West’s joint tour, and another article about the movie “Breaking Dawn” ranked 2nd and 3rd place respectively. Through this we were able to realize the global popularity of SNSD.

During the interview, SNSD revealed their thoughts about their music video exceeding 10 million views in 4 days. “We didn’t know that this many people would view our music video. It’s really amazing and we hope to go see our many fans around the world soon.”

Meanwhile, SNSD recently released their 3rd full album “The Boys” worldwide, and is currently promoting their new song in Korea.

MTV
How does this article make you feel?