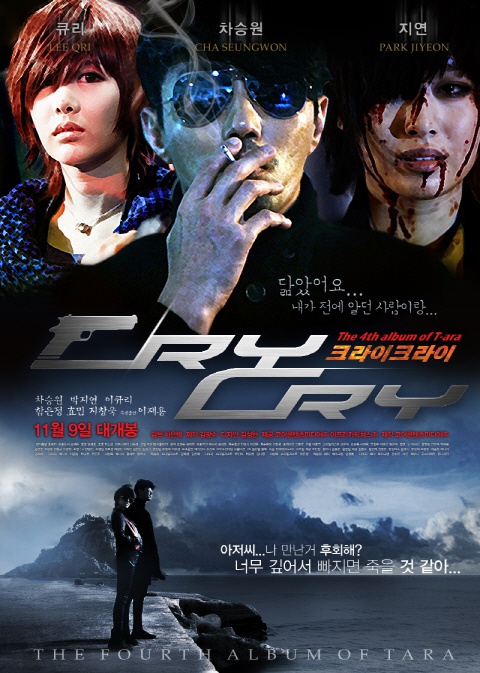 “Cry Cry” is a departure from the usual music video in that it plays out like a short film. T-ara members Jiyeon, featured prominently in the just-released teaser, Qri, Eunjung and Hyomin will play lead characters in the full music video. They star with MBC drama “Best Love” actor Cha Seung Won, Ji Chang Wook and Lee Jae Yong.

Along with “Cry Cry,” another T-ara track, “Lovey Dovey” will be featured in the 30-minute full music video that will be revealed on November 9. “Cry Cry” is the first track off T-ara’s much anticipated fourth album.