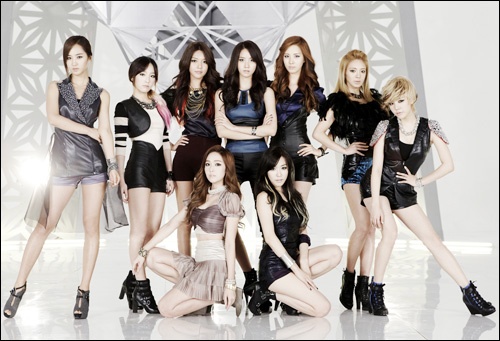 SNSD has been making headlines for their recent success with comeback track “The Boys,” its worldwide release, and their sold-out one-night-only performance with labelmates in “SMTOWN in New York.”

After the concert, the girls appeared in an interview with MTV Iggy, which was broadcasted live in New York City’s Times Square. Snippets were later aired on the music channel, where Tiffany and Jessica, being fluent in English, mostly spoke for the group.

However, netizens have noted that YoonA and Taeyeon appeared to be completely devoid of energy. While they laughed and smiled, they were both also caught hanging their heads with a blank expression. At one point, Taeyeon was seen propping her head on her fist and Yoona was looking down on her lap. This even prompted some netizens to question their professionalism.

It was revealed, though, that SNSD had a very tight schedule from the release of “The Boys.” Due to their current promotional activities, and the long flights back and forth between Seoul and New York, Yoona and Taeyeon caught a bad case of the flu– thus their poor conditions at the time of the interview.

Netizens have now voiced concerns that the girls’ successes and overlapping activities are at the expense of their health. SNSD is still actively promoting “The Boys,” both in Korea and overseas.

Taeyeon and YoonA appeared extremely tired during Soompi’s video interview as well. We hope they recover fast and comeback healthy!

MTV Iggy
Taeyeon
The Boys
YoonA
How does this article make you feel?