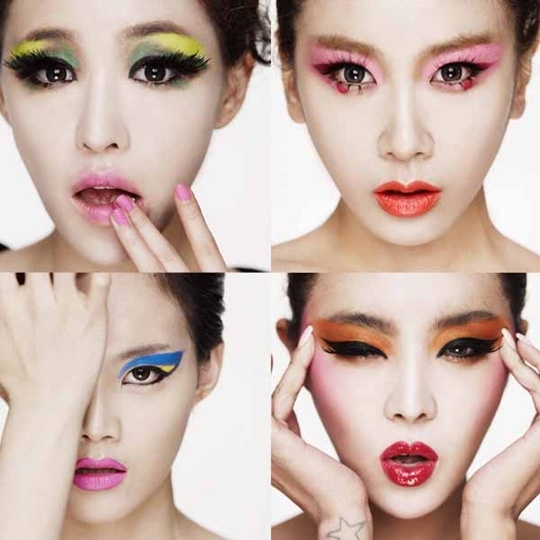 The Brown Eyed Girls have released teaser photos for their upcoming repackaged, special edition album. The colorful and bright style of the girls’ new image is a complete opposite of the “Sixth Sense” concept, which had more of a dark and gloomy vibe.

The new album and its title track, “Cleansing Cream,” are set for release on November 4. The song is supposed to be a traditional K-Pop ballad, bringing back the BEG to their slow-tempo singing style for the first time in 68 months. Since their ballad hit “Come Closer” in March 2006, the BEG has relied on dance song patterns for their hit tracks, such as “How Come,” “Love,” “Abracadabra,” “Sign,” and “Sixth Sense.”

“Despite the two year hiatus, so many fans have shown love and support for the BEG, and they decided to release a repackaged, special edition album to show their appreciation,” an official from their agency said in a statement.

The new album will include tracks from the “Sixth Sense” album, in addition to “Cleansing Cream.” It will also include a behind the scene video, photo calendar, and special message for the fans. Stay tuned for more updates!