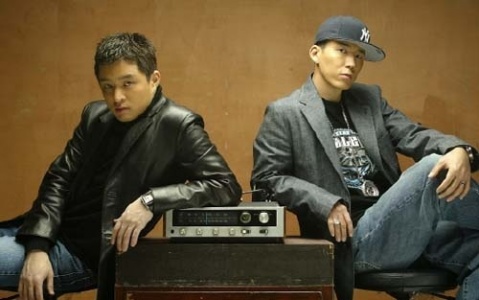 Old school rap duo Jinusean will get together for the first time in nearly four years for a special stage at the “15th Anniversary: YG Family Concert.”

YG Entertainment said in a statement that Jinusean will give a special performance at the concert scheduled for December. Jinusean, the first hip-hop group to debut under YGE, was one of the most popular rap groups in the 90’s and early 2000’s with hit singles such as “Gasoline,” “Tell Me,” and “A-Yo!” But they stopped all group activities after the “YG One Concert” in 2007 and have been focusing on individual careers since then.

Initially, it was reported Jinusean didn’t welcome the idea of performing again on stage because they have been away from it for such a long time. However, this year’s “YG Family Concert” is being held to commemorate the 15th anniversary of the company’s founding, and since Jinusean is the first artist to debut under them, YG artists such as Se7en, Big Bang, and 2NE1 requested the duo to comeback for a one-time special stage. Later on, even Yang Hyun Suk, the founder of the company, was reported to have persuaded Jinusean to perform together.

“Since it was so difficult to persuade Jinusean to perform, this stage might be their final performance. It will involve a special stage with some of the younger artists as well as a performance that will show they’re the big brothers,” YG Entertainment said in a statement.

The “15th Anniversary: YG Family Concert” will be held three times on December 3 and 4 in Seoul, and four times in Japan (Jan. 7 and 8 in Osaka, Jan. 21 and 22 in Saitama). At this year’s concert, Big Bang’s Daesung is also expected make his first appearance since the car accident earlier this year, so it’s definitely going to be an event full of special comebacks.

Here’s the music video of Jinusean’s smash hit single, “A-Yo!” Despite being filmed in 2001, the quality and sound of the song are quite amazing!

Jinusean
YG Family Concert
How does this article make you feel?