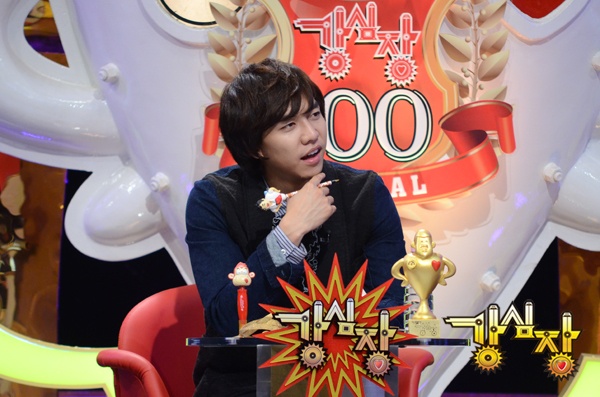 Jessica, “The mysterious guy that I met in front of our house”
They have transformed from cute, sweet girls into sexy ladies. She is forever the dream girl of every guy around, SNSD’s Jessica.
Jessica, she nearly got kidnapped in front of SNSD’s house? The girls are in danger, who was the guy that she could never forget about? Jessica and Dana’s kidnapping incident that is scary to listen to, the details of their dangerous day will be revealed.

Kwang Hee, “The mistake I made towards a stewardess that I cannot forget”
Kwang Hee has appeared the most amounts of times on Strong Heart and he has prepared an extremely funny talk present! I can now go in Gold Class Seating on airplanes. Kwang Hee is a superstar amongst stewardesses? The funniest stewardess in the air as described by Kwang Hee will be revealed on Strong Heart.

Dana, “The man that I love is the greatest Hallyu Star”
She used to be a vocal trainer and can imitate the voices of several tens of people. The highly talented Dana! Dana, the man she loved since she was young is a Hallyu Star? She also had a dinner arranged with this guy? Dana’s unbelievable secret crush and Dana’s shocking confession that made Boom and Lee Teuk leave the recording studio, all of this will be revealed on Strong Heart.

Gilme, “Being a part of Clover was my fate”
Has a charming voice and is full of wit. The Hip Hop femme fattale, Gilme. Clover’s talented vocalist Gilme, there is a shocking story as to why she became a singer? What was the story behind the mixed trio group that turned Gilme into a singer? She guides the people in the recording studio into the exciting world of Hip Hop by performing a new version of Super Junior’s “Sorry Sorry.”

Kim Hyung Joon, “Another Attempt, the scary drinking party!”
He has a charming smile and makes bizarre comments as well, the handsome guy’s talk gift set. Kim Hyung Joong. He is the most passionate competitor on the 100th episode special for Strong Heart. He hates losing and thus he makes another attempt at getting the Strong Heart prize! The reason that Kim Hyung Joon was able to get close with the people in his new agency was because of a scary dinner party? This is not a joke; Hyung Joong personally reveals the truth behind the shocking drinking party.