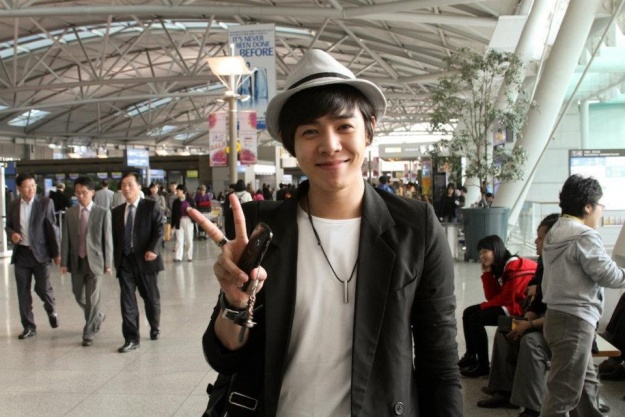 On Nov. 1, the former U-KISS member tweeted his holiday “candies” that were less than sweet.

“Trick or Treat. My Halloween is NOT over I have so many ‘candies’ (medicines) left for me,” stated the ailing idol.

His week was brightened up just a little bit with the appearance of batman. The singer proved he is still a child at heart with the tweets below:

“Oh, a few days ago, I met Batman on the street and asked him for a picture. You know what? He spoke to me in KOREAN! The best LOL! I was like ‘Can I take a picture with you?’ Batman: ‘you can speak Korean’ Wow, never knew Batman learned Korean. He is probably into K-Pop.”

In other news, Alexander witnessed the baptism of Super Junior member Dong Hae on October 30.

Alexander: ” I had a good time in church It was great to witness Super Junior Dong Hae being baptized~^-^ What a surprise~ Praise the Lord! †GOD is sooo GOOD!!♥”

Alexander is scheduled to hold a Malaysian showcase soon and have his solo debut in Korea later this month or early December through M Plus Entertainment. Click here to view a video promoting the showcase in Malaysia

Alexander
U-KISS
How does this article make you feel?