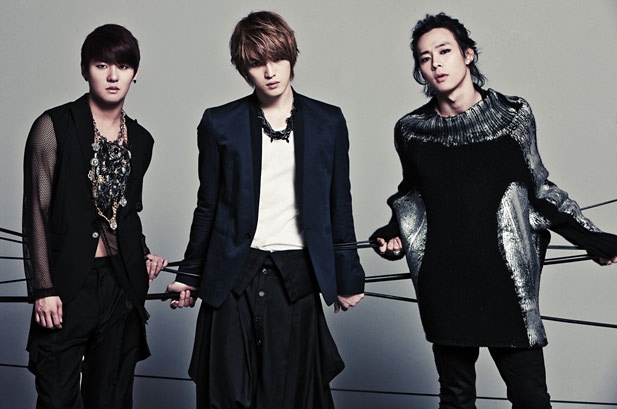 On October 29, the prominent Spanish news site, El Mundo, released an article on JYJ (second section of the article) in light of their “JYJ Europe Tour Concert 2011″ in Barcelona, Spain. It is the first time that El Mundo wrote an article on a Korean musician group.

On October 29, which was the date of the concert, an article was written to introduce JYJ as well as express the anticipation for the concert.

The article introduces JYJ as “a sensational, young, boy band from Korea.” The headline of the artcile read, “Three Justin Biebers Have Appeared,” and the article continues to introduce JYJ’s album and the Europe tour. The article also informs, “JYJ has worked with Kanye West and sold over 500,000 copies of their album. Recently, their ‘In Heaven’ album has been released and they have started their European Tour.”

Introductions and descriptions of each JYJ member are also in the article. “Junsu, Yoochun and Jaejoong are very good-looking like Justin Bieber. Their masculine style is very trendy. Fans go crazy over their powerful facial expressions.”

Sources from JYJ say, “We are very happy that a prominent Spanish news site wrote a full article on JYJ as an international music group rather than just a reference to K-Pop. During the press conference, there were a lot more reporters than expected so we were very pleasantly surprised. We believe that this is a good sign for possibly further promotions in Europe.”

JYJ held press conferences on the day before the concert as well as the day of the concert. Over 50 reporters from different news outlets attended and showed great interset in JYJ. Local TV, radio and newspaper outlets attended the press conferences and took much interest in JYJ’s successful Japanese and American tours, further proving that JYJ is one of the greatest Asian music groups

“Tatiana Alvarez,” a Spanish local radio station from Cataluña, exclaimed, “The most surprising point is that this group is from a country that is not that well known in Spain and their concert is a sold-out show. After seeing them in the press conference, we realize how attractive and charismatic this team is and we now see the reason for their immense success.”

JYJ will hold another concert in the Berlin Tempodrom in Germany on November 6. This concert also sold-out tickets just minutes after ticket sales have opened. Much anticipation and excitement await for JYJ’s next concert.

JYJ
JYJ Europe Tour
How does this article make you feel?