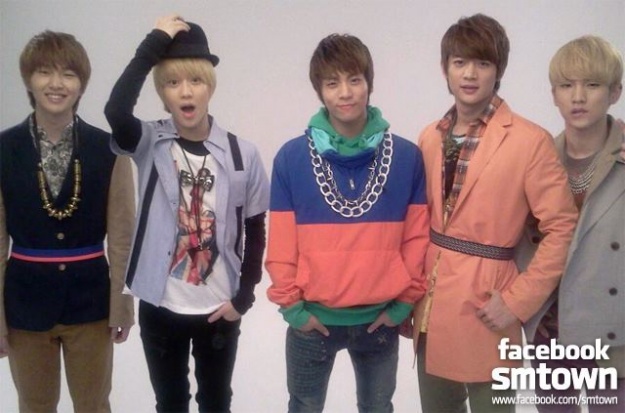 SHINee shoots for the stars… on their way to London, England!

SHINee, the boy band titled the eastern Beatles, is gearing up for their November 3 performance at “The 6th London Korean Film Festival.” Recently, they boarded the plane to the royal western city in full shiny airport fashion. SM Entertainment shared three images of the band at the airport via the company’s official Facebook page before their trip on November 1.

Check out the group image and selcas of member’s Minho and Key below:

They are warm, colorful and just plain… chic!

Who else is ordering a pair of Minho’s irresistible shades?

Key looks a little too excited for his trip abroad. He just can’t hide it… or can he?

Will you be greeting the fashion princes when they arrive in London?