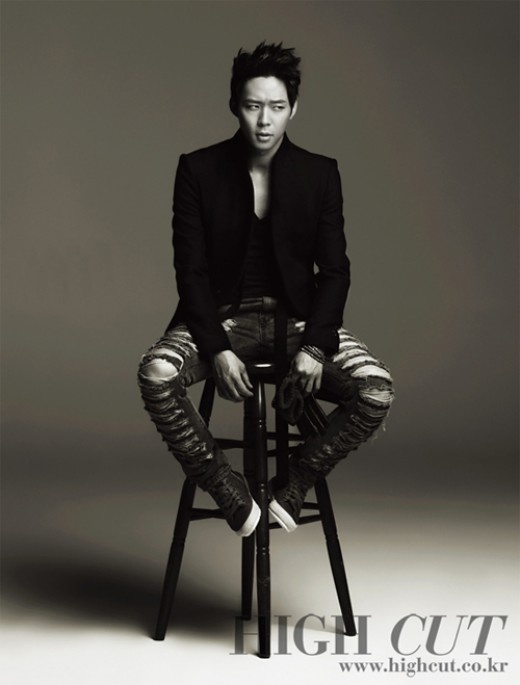 JYJ’s Yoochun: “DBSK Problem Should Be Solved after Some Time”

In a recent photo shoot for the November issue of High Cut Magazine, JYJ’s Yoochun opened up about the DBSK debacle and his early acting experiences.

When asked about the still on-going problem with DBSK, Yoochun said, “There are so many things to think about and also many things to sort out that it’s no longer a problem a single person’s big heart can solve. Whatever the future outcome, I believe it will be solved after some time.”

Looking back at his previous projects such as KBS drama “Sungkyungkwan Scandal” and MBC drama “Miss Ripley,” Yoochun also shared his frustrations with acting, saying, “The more I act, the more the flaws form, and they do not become fewer. That was really frustrating.”

The “Miss Ripely” star also said, “In my head I’m thinking, ‘For this line, I’ll do it like this,’ but when I actually act it out, it turns out to be completely different from what I had planned. It’s difficult to act.”

In the accompanying photos, Yoochun shed the soft and “flower boy-looking” style and went for a more masculine look. The 64th issue of “High Cut,” featuring Yoochun’s manly photos will be released on November 3.

JYJ
Yoochun
How does this article make you feel?