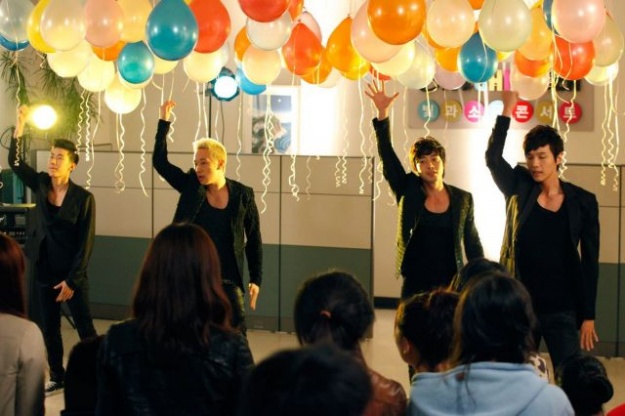 U-Kiss Releases "Don’t Shut Off" for the "Mr. Idol" OST

Another idol group lends its support to the movie “Mr. Idol.” U-Kiss contributes a song, “Don’t Shut Off” to the movie’s original soundtrack.

The soundtrack for “Mr. Idol” had already topped the charts when the title song, “Summer Dream” was released in September. “Summer Dream” is performed by the film’s fictional group Mr. Children, whose members are played by Ji Hyun Woo, Jay Park, Jang Seo Won and Randy Kim. This most recent release from U-Kiss follows the release of tracks from SeeYa’s Nam Gyu Ri and MBLAQ’s G.O.

“Mr. Idol” tells of the circumstances behind the formation, debut and success of Mr. Children. The film recently held its VIP premiere with the cast, other idols and stars in attendance. “Mr. Idol” opens in cinemas on November 3.